Still slaves
Building new age pyramids
And picking cotten, silks, and denim/
drinking that poison, smoking that venom/
Each day the ignorance works just enough to place another brick on the pyramid of another/
Just to pick new “Cottons” to impress and condemn their brother/
Its a shame that we breathe in the bullshit/
Flee from the pulpit/
And just don’t know how to quit,/
Being enslaved.
Building another’s pyramid until our tombstone is engraved/
But we don’t care because we feel that it pays,/
Because soon i’ll get that new pair of J’s/
Placing a top stone on another’s empire/
Whilst we don’t even notice our slavery because we don’t feel the sun’s hell fire/
We’ve been enslaved by the false status of the name brand/
As well as the lack of the ability to make a stand/
A stand or attempt to build your own “empire” or road to pave/
Its apparent that we’d rather be a modern day slave. 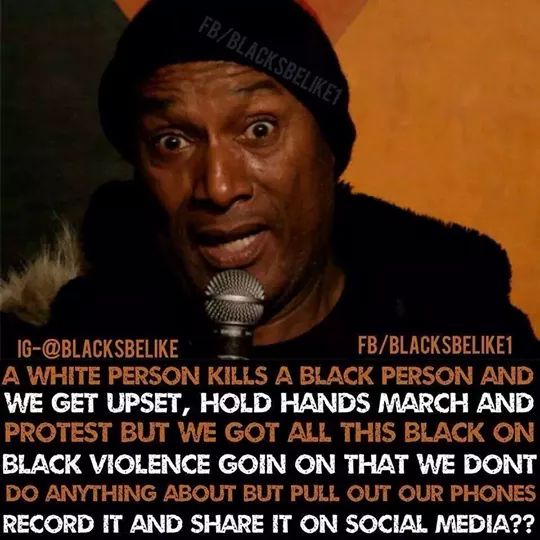 I saw this picture floating around my Facebook news feed and it got me to thinking.
1. I love Paul Mooney and his stand up comedy.

2. More importantly the message on the picture is right.

I don’t get political or too militant too often but when I do its usually because people I observe in this world are saying/doing something incredibly stupid, racist, sick, etc. This time it’s the youthful African Americans need to display their intra-racial violence on social media. Their chosen medium is the ignorant holy grail worldstar hip hop. I won’t type that as a link because I don’t want you going there. I’ve been there a few times I’ll admit, but I’m not proud of it nor will I promote it. Last time it was curiosity, apparently morbid curiosity that took me there.

This current generation and the one following are all walking around with miniature cameras either in hand or on the phone because apparently the world values nothing unless it gets views online or liked, followed, tweeted, etc. So, they record the violence that happens and turn it into a show for the world. Giving it a fancy title like” Leon got knocked the FUCK out” or some other stupid moniker to draw in people with this same morbid taste. Within no time this has 100,000 views and is all over Facebook, Twitter, and YouTube, and most people who put mentally healthy things online won’t even get a view without begging. Its as if my people are drawn to things that hold us back intentionally. Do we as a group prefer to be treated as wild ignorant beast so we act like that and put it on display? I sure as hell don’t.

Some people argue that it’s the next big fad and will too soon pass. That may be true, but who decided watching a young woman be beat to death was fad worthy. A child is no longer breathing and we liked and shared the video. What the hell is wrong with us as a people to do that? The biggest problem I have with this is the people watching these videos and perpetuating the cycle of ignorance are the first to get up in arms when a member of ANY other race attacks/harms a member of the African American community. Now the same violence that they have turned into an idol is wrong. Now we must march and protest, and fight for the video to be removed from EVERY Social media outlet. If you watch THIS video you are against us as a people, and you must be a born racist who dreams of hunting down every minority. See it’s fine to be defensive of your people, But wait a minute. Wasn’t it last week you shared a video of Leon getting jumped by four other black boys and getting knocked out? How is it any different from Lamont getting attacked by four white boys and being knocked out? Because you saw a color change? A color that shouldn’t matter in this day and age. VIOLENCE shouldn’t happen to begin with, but the only thing my people will see is the color that threw the punch.

Why is there a double standard to violence? Why is it okay for one and not the other? Why is it constantly being promoted via social media so it can further it’s desensitization of our youth who watch out of curiousity? If we want to lower the rate of violence, and in a utopian world stop violence, we have to stop glorifying violence. Stop putting it up on a pedestal as a means to achieve notoriety. Stop being so ignorant and making videos with that as the only content, and then being militant about interracial violence. Violence is an act between two beings no matter their race that should be never happen!

That’s just my two cent on the subject.

One selfless act of selfishness/
Feeds the flames of pain/
Like a malevolent kerosene rain/
You call yourself a hero
A title you will foolishly hold with pride/
Not even realizing you sent my heart on a hell ride/
You mistake my strength because of my youth/
But it’s your naivety that portrays your lack of Maturity/
Unlike you I have perfect acuity/
I deserve my chance at equality/
But you stripped that with a gesture that is grand/
And you will question me when I make my stand/
As my intellect grew I earned my place in this world!/
One you neglect, like it’s not my right!/
So when I don’t answer your call remember you started this fight!/
Your selfishness was under the guise of selfless/
And for that I will silently cry/
Because relationships are alive, and you just caused this one to slowly die/